Understanding Extinct Languages: When and Why They Die Off

Understanding Extinct Languages: When and Why They Die Off

If you look back through history, it’s easy to spot examples of languages that were once prominent and later disappeared from use. Take Latin for example—you may have studied the language in high school, but it’s a dead language; written and studied, but not spoken.

Extinct languages, on the other hand, are no longer spoken or used for any purpose. Many extinct languages are totally lost to history, with only the record of the language name itself remaining.

When and why languages die off is an interesting study in history and culture, but it is not limited to the past.

According to the National Geographic Society, out of more than 7,000 languages spoken on our planet, a language dies every two weeks, ceasing to be actively spoken. That means there are many languages going extinct even as you read this article.

Do you know why #extinctlanguages die?

When and Why Extinct Languages Die

Why do languages go extinct? The process of a culture and a people completely abandoning an entire language takes a long time, even spanning several generations. When a new dominant language appears on the scene, an eventual erosion of the older language occurs.

Linguists have outlined the stages that languages going extinct follow:

Language shifts happen throughout history as one tongue overtakes another. For example, in the UK, the shift from Cornish to English has been occurring for decades, and continues today.

Across the globe, Mandarin is becoming the dominant language all across China, except in the trade cities of Hong Kong and Kowloon, where Cantonese is spreading rapidly.

Farther into history, after the Greeks conquered most of the known world, the Greek language spread—and a common form, koine Greek, containing many words borrowed from the conquered cultures, became the common language of the Greek empire.

As a result, the more formal Attic Greek dialect became rare and is now only found in ancient writings. Koine Greek is closer to the modern Greek language spoken today.

Classical Latin is perhaps the most well-known of the dead languages.

Over time, and as the Roman Empire dissolved, Latin broke up into the more common languages of the conquered peoples of Rome.

When answering the question “Why do languages go extinct?,” one must point the finger at political persecution, globalization, and a lack of preservation.

For much of the 20th century, governments across the world have coerced indigenous peoples to adopt a common national language, thus forcing native languages to the sidelines—and eventually, to the ash heap of history.

Currently, there are 573 known extinct languages. These are languages that are no longer spoken or studied. Many were local dialects with no records of their alphabet or wording, and so are forever lost. Others were major languages of their time, but society and changing cultures left them behind.

Between 1950 and 2010, the world added 230 extinct languages. Today, one-third of the world’s languages have less than 1,000 speakers. An estimated 50 to 90 percent of dying languages are expected to disappear by the next century.

Among the lists are 10 extinct languages from the United States, mostly from Native-American tribes. They are:

Field linguist David Harrison affirms that 85 percent of languages have yet to be documented. If languages are to be preserved, they must be reduced to written records that include a dictionary.

That may seem like a daunting prospect for the many languages that remain only spoken and not written, but it is vital if these languages going extinct are to persist.

A key to making this happen is the involvement of indigenous peoples.

Fluent speakers are those who can best define and diagnose their own language and help linguists understand it, record it, and translate it for others to discover and use.

Linguists agree that for any language to be salvaged, the drive and effort must come from among the people speaking it. Pride in their language and culture—and a passion to preserve it—will be the deciding factor in whether or not we add it to the lists of living languages or extinct languages.

At International Language Services, our team includes highly experienced native language translators who are also subject matter experts. We are dedicated to the preservation, progression, and proliferation of human language for all your business or organization needs.

Not Just for External Audiences: Your Guide to Translating Internal Communications

When you think of document translation, you probably think of external content. But translating internal materials is just as important.
DOWNLOAD NOW 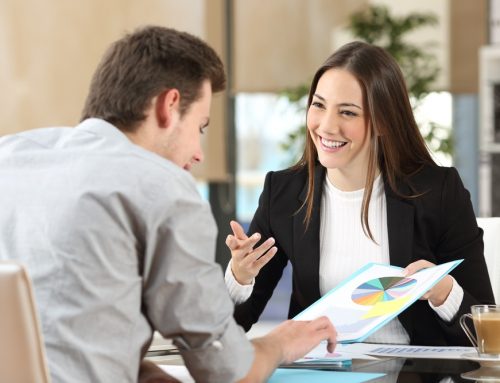